At breakfast I was kinda cranky. I was annoyed that I had to get my own cups and silverware to sit outside. I was pissed the internet was not working, even after I found out it was a country-wide outage. I was impatient with the chef who kept not making me an an omelet, even after I got it and was already full anyways. I was mad that the waitress took my drink off my table, even after I found my drink at the buffet, where I had forgotten it. Yes, this was an extra special level of crankiness. Something was wrong. I slept fine, did my morning rituals, wasn't particularly stressed about the upcoming day or anything else for that matter. I also felt profoundly full after eating less than I had the day before...but who knows maybe it was just the stars.

No. It was not the stars. It was totally normal, though. By 1:30 or so it became very, very clear that these were all the signs that was my body was about to attempt to adjust to the food here by ridding itself of all that I consumed. Regardless of the rather extreme discomfort I was in, I felt just as extreme in my gratitude that it was today. Not yesterday stuck in a two hour (fifteen mile) car ride and not tomorrow out touring in the (minimally developed) field. My body was even kind enough to wait until after we finished an important interview and presenting ourselves at a community center staff meeting. My sweet, thoughtful body waited til lunch, when I was free to completely zone out and just try to hold it together while eating the same thing I had for breakfast, but at least I had a Stoney's ginger ale.

This leads me to the most interesting aspect of Kenyan cuisine. Not that you get to eat it with your hands, which everyone knows is my favorite. Not that it tastes great, as you would expect for exciting new equitorial foods. It is rather shockingly unvaried! I think I have tried everything already: nyama choma, sukuma wiki and ugali. Otherwise known as burnt animal, kale & onions and very dense grits. (Remind me that I owe you a photo.) Of course there are plenty of other things, but in the three Kenyan meals I have had, I was served some variation of these three things each time. This gives me some apprehension about my appetite levels for upcoming meals, post 'settling in'. 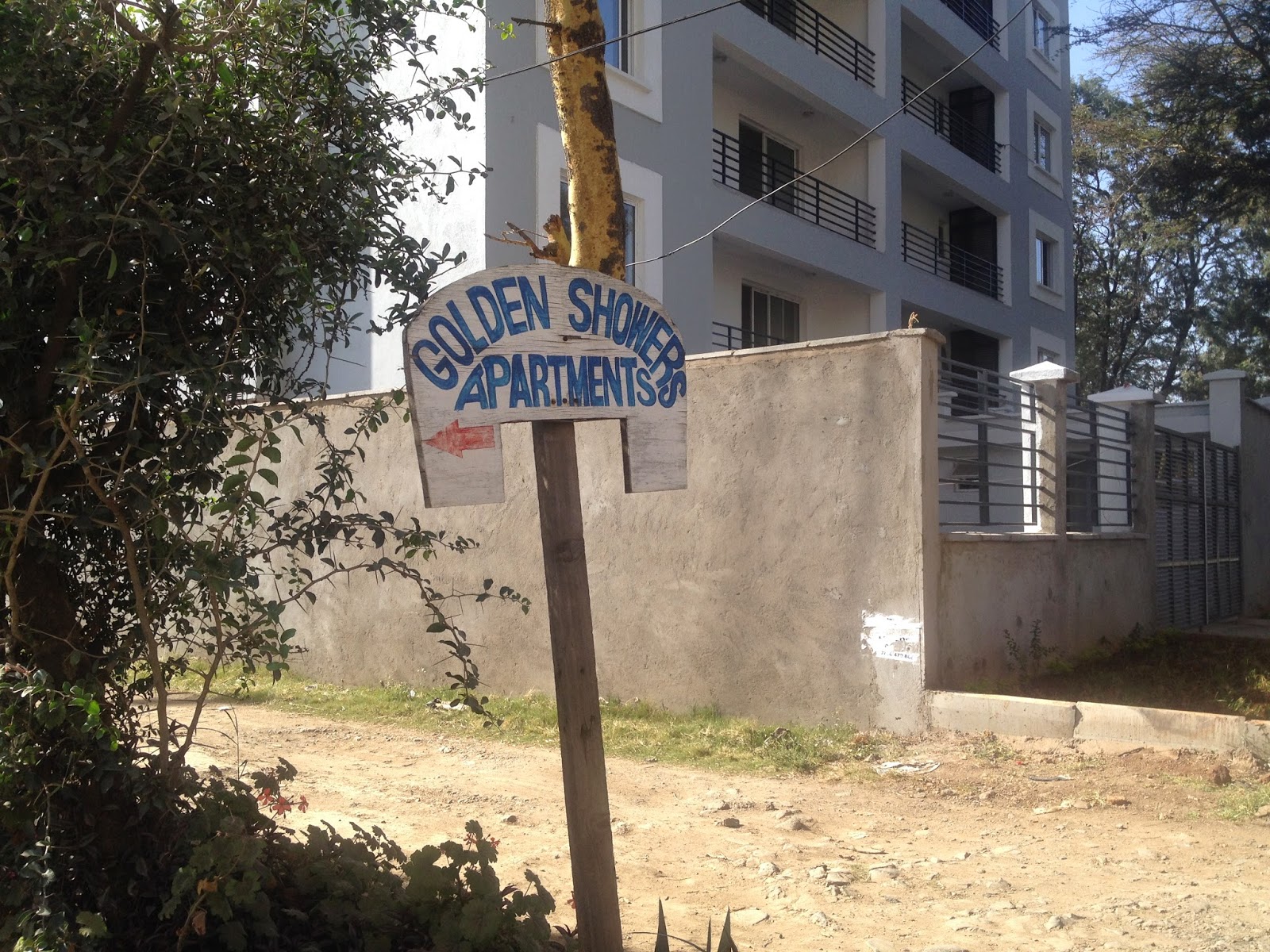 Teach a man to fish 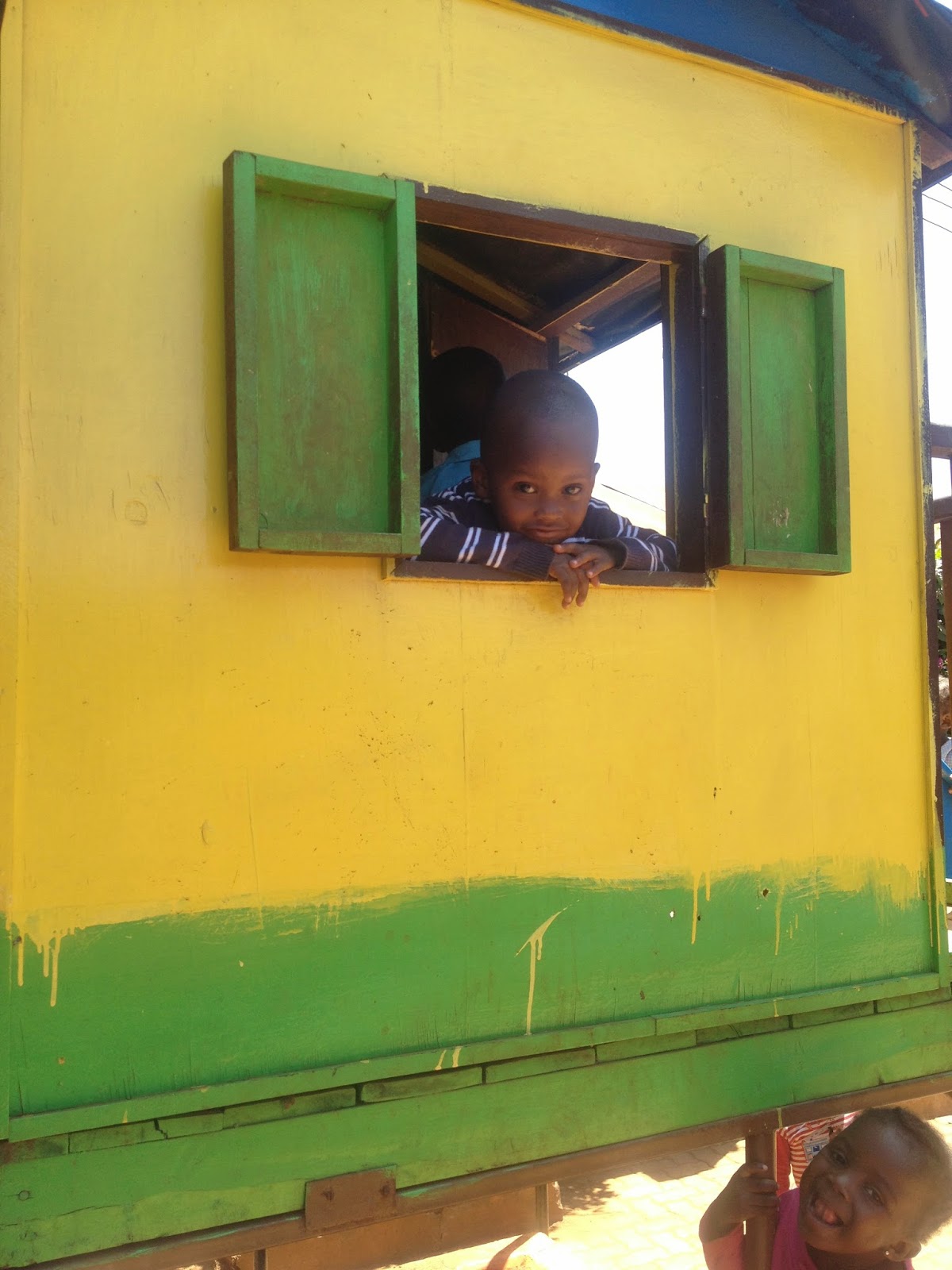 We did a LOT of research the week before we came. Interviewing Kenyans in the SF office, collecting every document about low-cost private early childcare centers & microfranchising (the planned business model for Kidogo), reading a couple of books on Kenyan culture and sifting through all of the information Kidogo has collected since they started last year. But come Friday, I was feeling like there wasn't much more I could learn without getting out in the field: I really needed to verify everything I was reading and hearing before I could start asking deeper questions. 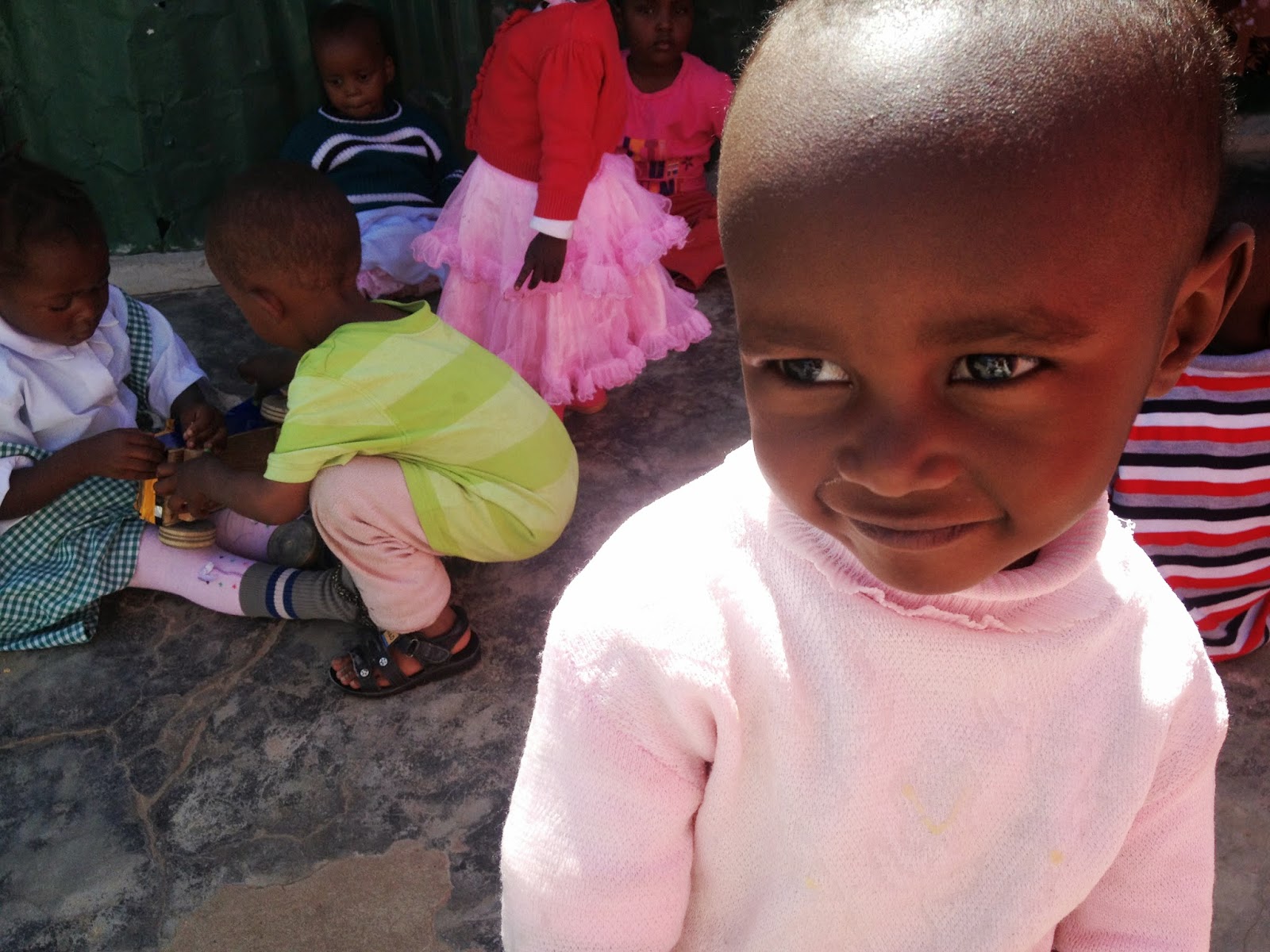 First thing this morning we went to Kidogo's first babycare center in Kibera, which is supposedly one of the world's biggest slums, but it is actually smaller than a few others here in Nairobi. So I suppose it should be called one of the world's most famous slums: it gets more aid per capita than anywhere else in the world. You may know it from the movie & book The Constant Gardner. This causes some problems for a company like Kidogo, who is trying to build a model based on the realities of the economy. At first I was a bit confused: how can it be a bad thing to have more high-quality services? It is rather subtle: another babycare center is opening across the street from Kidogo's Kibera site and is planning to charge less because they will rely on donations from abroad to cover the operating costs not met by the fees charged to parents. It makes it virtually impossible to start a business as a local because the market is so distorted that parents have all sorts of free and heavily subsidized donor-supported centers - and this is not just in childcare, but health, technology and I'm sure all sorts of other sectors. Anyways, Kidogo is setting out to solve this problem.
No comments:

A bit of background

We are here for 16 days total, 15 of which we have packed with interviews, field visits and prototyping sessions. The last is one of the team members' birthdays and he wants to visit giraffes. I suppose I should back up a bit to give some context for the trip....

IDEO.org teamed up with a couple of other groups on a project called Amplify, which is a five year project with ten challenges aimed at improving the lives of those living in extreme poverty. For each challenge, anyone with an idea can submit it, they are voted on and five are chosen for design support from IDEO.org and funding from the Amplify consortium. The first challenge is explained here:

One of the winners selected for this challenge is Kidogo, a start-up social enterprise which aims to improve the quality of babycare for residents of informal settlements in Nairobi, Kenya.

I was brought on by IDEO.org as one of four designers to help develop a self-sustainable business that provides real value to two groups: babycare providers and parents. We are here in Nairobi to do research in the field about what that real value might be, then we will have three weeks in SF to bring our research together to formulate a plan.

As you can imagine I am crazy excited to be working on this - it is a perfect cross-section of my own interests & skills. I am also thrilled to be bringing strategy, marketing and finance know-how to an organization that taking social welfare out of the donor model and putting it into a self-sustainable, local and human-centered business. And, I've never been to Kenya before!

Hi there. I'm going to use this old blog from my trip last year to Paraguay to keep some records of my current trip to Kenya. This one is very different from the last I wrote about on this blog, but I think the title 'Follow the Signs' is universally and eternally relevant.

I had a long but easy trip from SF to Newark to Zurich to Nairobi. I have gotten good enough at this long-haul travel stuff to know how to make sure I am warm, comfortable, fed and well-rested although moving across time and space at a far faster pace than seems natural.

We got to the hotel around 9pm, which is perfect because I have a rule when I fly overnight with more than 10 hours time difference that on my first day I try to stay up til at least 9 so I can get a full night sleep and be reset to the new time zone. I unpacked and did some yoga - my feet were so swollen I can't believe it - and was asleep by 11.

Now I'm having a nice breakfast buffet, complete with Tree Tomato juice and beef bacon. More once I actually leave the hotel!


I obviously need to figure out my image capturing system here....